An audit has uncovered widespread wage theft at Degani Bakery and Café outlets across the country.

The regulator found the others had failed to pay lawful wages and failed to keep proper records.

The audits resulted in the recovery on $4,165 in wages for 86 workers.

As a result of the compliance action, inspectors issued:

Fair Work commenced litigation against one Degani outlet in Greensborough.

The regulator alleges Sajid Amin, who manages and part-owns the café, used false records to cover up more than $12,000 in underpayments.

In one instance, Amin allegedly asked a worker to falsely record hours that he had performed on Australia Day and Labour Day on alternative days which did not attract public holiday penalty rates.

The matter remains before the court with a hearing scheduled for 1 October 2018.

Meanwhile, Fair Work entered into an Enforceable Undertaking with the operators of a Degani outlet at Mornington, south of Melbourne.

Under the terms of the agreement, the operator agreed to apologise to the workers and back-pay them in full. 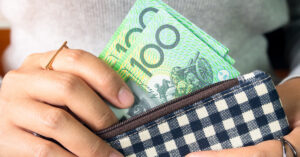 “It’s estimated that one in two hospo worker is illegally paid, which is just outrageous,” he said.

“This audit is good news for the Degani workers, however it is just the tip of the iceberg when it comes to tackling wage theft.”

He made a number of recommendations to the committee, including the introduction of criminal penalties for wage theft.

“Wage theft is a form of stealing, and stealing is a crime,” he said. “Therefore we believe it should be treated as such, so rogue employers face criminal convictions and even jail time if they steal their workers’ wages.”

The committee conducting the inquiry is due to make its recommendations to the government in November.

Brisbane's London Spice restaurant in Bulimba is accused of underpaying a young waitress. The Fair…

Two more cafes are in court for Compliance Notice failures requiring them to back-pay workers.…