Wage theft has cost a first aid company $300,000 in penalties for “fragrant disregard” of their staff.

The Federal Circuit Court penalised Tempany $50,000 and his company an additional $250,000 for the wage theft.

Acute Health employed the medical first responders on a casual basis to provide first aid at events and functions in New South Wales and Victoria.

Tempany paid them a flat rate of $25 an hour, despite the award stipulating as much as $48.53 an hour with overtime and penalty rates.

Finally, he failed to reimburse travel expenses, in addition to making unlawful deductions from wages to cover uniform bonds.

Individual underpayments ranged from $404 to $3,517, with one first-aider not paid at all for 30 hours of work.

Meanwhile, a number of workers spoke to Fairfax Media about their experience working for Tempany’s company, including Michael Kempe.

“It became more and more apparent that people were being exploited,” he said.

“He’s preying on healthcare students.  It’s not an honest mistake, it’s a proven track record of the same behaviour.”

SHe subsequently recovered the wages on her own through the courts.

“I would text and email him and tell him that I really did need the money.  He would say he was sorry he had been really busy and would fix it up,” she said.

“I gave him 18 months but then I contacted the Fair Work Ombudsman in January 2016.”

“There is a flagrant disregard for the rights of those employees,” Judge McNab said.

The underpayments happened despite Fair Work providing education to Tempany about his obligations under workplace laws on two previous occasions.

“Notwithstanding the efforts of the FWO to educate the respondents, it appears that there has been no satisfactory change to the mode by which this company operates in relation to the way it treats its employees,” Judge McNab said.

“The impact of the underpayments on the employees were “significant”, even if the dollar amounts were not.

“The persons underpaid were generally students who were relying on the income to fund living expenses whilst studying.

“The underpayments represent a major percentage of the entitlements.”

In addition to the penalties, the Court also ordered Tempany to back-pay the workers in full. 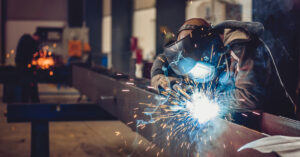 “Withholding redundancy payments is a common form of wage theft”

Meanwhile, Fairfax revealed that Acute Health is under investigation for offering “accredited and certified” training, despite not being a registered training organisation.

As a result, the validity of first aid certification provided to clients are now in doubt.

Former staff believe Tempany will attempt to continue to operate Acute Health via the new company, letting his current company crash without paying the court-ordered penalty.

A sushi outlet operator has been penalised $200,000 for running a dodgy internship program that…

A care and respite facility has been penalised $41,580 for deliberately underpaying two disability support…