Withholding redundancy payments is a common form of wage theft, according to employment law experts.

“It’s very common for bosses to without redundancy and also leave payments, and unfortunately they get away with it all too easily,” he said.

A Rockhampton-based company that didn’t pay two workers proper termination and redundancy payments has been penalised $31,590.

The two Filipino men worked as welders for Alertvale Pty Ltd on 457 skilled migrant visas for more than a year.

The company provides services to the mining industry in regional Queensland.

In February 2016, the company terminated their employment, but failed to fully pay their payment in lieu of termination.

Furthermore, it unlawfully deducted $1,915 for training that the workers undertook.

In the Federal Circuit Court, Judge Robert Harper described the wage theft as “both reckless and negligent”.

He criticised Alertvale for not having a dedicated human resources department, despite having more than 350 employees.

Judge Harper described the penalty as “of fundamental importance to deter those employers tempted to exploit the specific vulnerabilities of employees reliant on their employers for the ability to remain in Australia.” 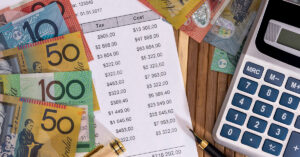 “Are you being paid your correct wage? – Now is the time to check”

Industrial advocate Miles Heffernan said many workers miss out on their full entitlements at the end of employment.

“It is common for employers to withhold termination and redundancy payments, especially if a business is winding up,” he said.

Recently, Mr Heffernan represented two medical centre managers who had more than $80,000 in entitlements withheld by their employer after he made them redunant.

“In that case, we commenced legal action in the Federal Court before their boss finally agreed to hand over the money that he owed the workers,” he said.

In the Alertvale case, the company has subsequently back-paid the two workers their entitlements.

It also assured the court that it now provides workplace relations training for its staff.

A greedy and heartless boss stole more than $24,500 from his workers just to see…