The University of Melbourne is accused of underpaying thousands of casual tutors more than $6 million.

The National Tertiary Education Union (NTEU) describes the wage theft as “diabolical” and “systemic” and just the tip of the iceberg.

The University has quietly repaid millions of dollars to 1,500 academics, according to ABC News.

The wage theft happened as a result of the university classifying tutorials as “practice classes” to avoid paying staff the full rate.

Instead, the workers received one third of what they should have.

The University of Melbourne has contacted 615 tutors in the Arts Faculty requesting they lodge claims by the end of the week.

This follows previous repayments of $99,000 to 425 engineering tutors who the University failed to pay for marking.

Staff at the Faculty of Fine Arts and Music will also receive offers to rectify underpayments for marking.

Wage theft also happened in the Faculty of Science, which paid staff just one third of the usual rate for tutorials since 2009 by labelling them “practice classes”.

As a result, the workers received payment for one hour, instead of three.

The NTEU expects hundreds of staff to lodge claims, however, they can only go back six years.

The offers are the result of a two year fight led by the casual workforce against the University, led by Shan Windscript.

“We have to work multiple jobs just to survive.

“Meanwhile, we have our vice-chancellor getting paid twice as much as the Prime Minister.

“A lot of our casuals are single-parent carers, migrant workers in vulnerable positions.”

Windscript alleges the University underpaid her $11,000 under the recently scrapped marking rate requiring 4,000 words an hour including student feedback. 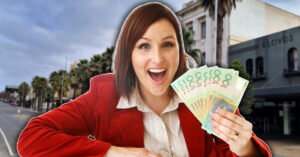 The University confirmed it has now ended all practices that caused underpayments, according to ABC News.

It has also stopped a practice “encouraging” tutors to attend a lecture for the class they teach without pay.

The National Library of Australia underpaid staff by a whopping $250,000. The underpayments involved both…