Two service station operators are facing court for making staff pay for losses when customers drive-off without paying for fuel.

It is unlawful to make deductions from a worker’s wages for breakages, till balance shortages or customer drive offs.

Kamaldeep Singh and his wife Uma Singh and their company Sinpak previously owned the Metro Petroleum service station at Doyalson on the NSW Central Coast.

The Fair Work Ombudsman accuses the Singhs of making unlawful deductions from the console operators’ wages to make up for fuel theft from customer drive offs.

Fair Work also alleges that Sinpek failed to provide the workers payment in lieu of notice for termination.

Finally, the regulator accuses the Singhs of failing to comply with a Notice to Produce employment records.

“Migrant workers often don’t know their workplace rights or won’t speak out because they fear losing their visa,” he said.

“Therefore they are vulnerable to exploitation from greedy bosses.” 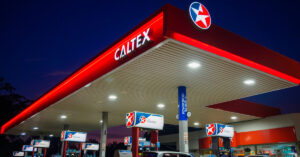 Meanwhile, Sinpek faces penalties of up to $54,000 for each breach and up to $27,000 for the record-keeping and pay slip breaches.

The Federal Circuit Court has a directions hearing listed on 21 December.