An Adelaide transport company has back-paid 10 truck drivers a total of $374,000.

The company made the payments after it lost an appeal to not pay two of the drivers.

The regulator found the company failed to pay the 10 drivers their proper wages and entitlements.

The Industrial Relations Court of South Australia eventually penalised the company $93,000 and ordered it to back-pay the drivers their underpaid wages, superannuation, plus interest.

Atkins subsequently appealed the decision in the Federal Court.

It argued it had previously paid two of the drivers who had also signed a Deed of Release.

However, the court dismissed the appeal, finding the Fair Work Ombudsman was not bound by the Deeds.

Justice Richard White found no genuine legal dispute existed between the company and the drivers at the time the Deeds were signed.

He said the company attempted to use the Deeds to avoid paying the drivers their minimum Award entitlements. 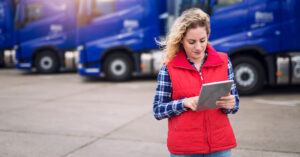 Company should have done the right thing in the first place

He said Atkins Freight should have done the right thing by its workers when Fair Work first ordered it to back-pay the drivers.

“Companies that steal wages from their workers get very little sympathy from me,” he said.

“Hopefully, this whole exercise will be a lesson to Atkins Freight that you can’t rip off your workers and get away with it.

Transport company penalised $80,000 as deterrent for ripping off worker

A Queensland transport company has been penalised $80,000 for underpaying an employee. The Fair Work…