Top Juice workers have been back-paid $32,435 after an investigation into 16 of the outlets in three states.

The Fair Work Ombudsman recovered the money for 18 workers as a result of the surprise audits.

They also audited one store each in Brisbane, Canberra, Wooloongong and the NSW Central Coast.

The franchisor operates four of the outlets, while the other 12 are operated by franchisees.

The raids happened as a result of multiple complaints of wage theft from workers.

The most common underpayments included: 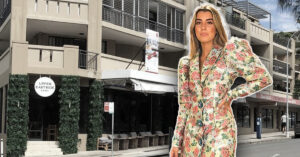 Meanwhile, Fair Work Ombudsman Sandra Parker said most of those affected are migrants, who are considered vulnerable workers.

She said all workers have the same rights in Australia, regardless of their nationality.

“The FWO’s investigation into the Top Juice network was based upon complaints we had received from migrant employees, including international students, who can be particularly vulnerable due to their visa status and may have limited understanding of their workplace rights.

“The Fair Work Ombudsman continues to focus on improving workplace compliance among franchises in the food industry this year.”

As a result of the breaches, inspectors issued:

Fair Work also warned the businesses that any future breaches will likely lead to enforcement action.