A takeaway pizza owner has been penalised for twice ‘thumbing his nose’ at the Fair Work Ombudsman.

It’s the second time a court has penalised the employer for underpaying a worker who was largely homeless.

Ziad Andary operated a takeaway business called ‘The Valley Pizza’ in Nuriootpa in the Barossa Valley region of South Australia.

The Federal Circuit and Family Court penalised Andary $4,620 for ignoring a Compliance Notice.

The Notice required him to calculate and back-pay entitlements owed to a young worker employed at the outlet between December 2018 and August 2019.

The court also ordered Andary to rectify the underpayment in full, plus interest and superannuation. 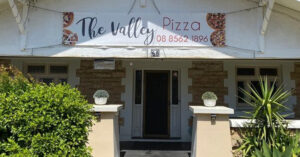 Fair Work commenced an investigation as a result of receiving a wage theft complaint from the 22 year-old worker.

An inspector subsequently issued a Compliance Notice to Andary in July 2021 after forming a belief that he had underpaid the worker minimum casual rates and penalty rates for late-night and weekend work entitlements.

He also noted the young man was “largely homeless” during his employment.

“Occasionally, as he had been kicked out of his previous accommodation, (the worker) would stay overnight at the business, in a backroom, due to him being largely homeless, otherwise he was couch surfing,” he said.

Finally, Judge Brown said there is a need to deter Andary and other employers from similar conduct.

“Mr Andary is, in effect, thumbing his nose, at the FWO and its legislatively justified attempts to ensure that an employee, employed in an industry which is rife with exploitation through underpayment, receives his just entitlements.” 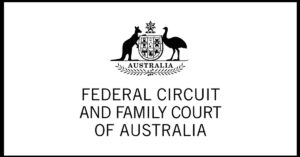 It is the second time Andry has failed to comply with a Compliance Notice to rectify wage theft.

In 2021, the court penalised him $3,500 for failing to comply with a Notice requiring him to back-pay entitlements owed to a different worker.

No tolerance for non-compliance

Fair Work Ombudsman Sandra Parker said employers who fail to act on Compliance Notices will face court-imposed penalties in addition to having to back-pay workers.

“We have no tolerance for deliberate non-compliance as occurred in this case. It is particularly disappointing to again have to take legal action against this employer – and again secure penalties – to ensure a worker receives all their lawful entitlements,” Ms Parker said.

Printing business in court after ignoring order to back-pay $230,000