A court has penalised a Sydney dentist $7,400 for ripping off three of his workers.

The Fair Work Ombudsman commenced litigation after the man failed to comply with a Compliance Notice.

The Notice required him to rectify the underpayments to his staff.

In 2018, Fair Work inspectors audited the practice as part of a wider compliance operation of businesses in the area.

Specially, he failed to pay their proper minimum wage rates, in addition to Saturday penalty rates.

As a result, it issued him with a Compliance Notice requiring him to calculate the amounts owed and to then back-pay the workers.

Two of the affected staff worked as part-time dental assistants, while the third worked as a part-time receptionist.

Despite Fair Work repeatedly asking Dr Lajevardi to act on the Notice, failed to do so. 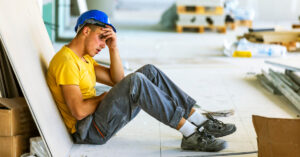 “We make every effort to secure voluntary compliance with Compliance Notices but where they are not followed, we are prepared to take legal action to ensure workers receive all their lawful entitlements.”

Industrial advocate Miles Heffernan from WAGETHEFT.net.au says ignoring a Compliance Notice will cost a business in the long run.

“A Compliance Notice is a chance to rectify any underpayments without penalty,” he said.

“Those who ignore them will not only have to back-pay what is owed, but they will also incur further financial penalty, which is exactly what happened in this case.”

A Queensland sole trader has been accused of ripping off three cleaners and housekeepers. The…