A stone fruit farm has been penalised $144,000 for ‘deliberate and conscious’ wage theft involving two workers.

The Federal Circuit Court was scathing of the conduct of Zucco Farming Pty Ltd, which operates a stone fruit farm near Swan Hill.

Judge Anthony Kelly penalised the company $120,000 and director Chris Zucco an additional $24,000 for the wage theft.

He described the treatment of the workers as “serious exploitation of employees”.

The two visa holders from Malaysia worked on the farm picking fruit, packing in addition to cleaning.

When one of the workers asked Chris Zucco why their pay slips stated a rate of $21 an hour, he replied:

Zucco and his company also provided false records to inspectors in an attempt to cover up the wage theft.

Judge Kelly found Zucco and his company “made deliberate and conscious decisions to underpay the employees”.

He also found Zucco and his company had “persistently attempted to deceive the FWO”.

“They deliberately sought to mislead the FWO, both before and after the proceeding had commenced,” he said.

“The nature of the contraventions and the circumstances in which this employer committed them are significant as evidencing the serious exploitation of employees and a deliberate falsification of records.”

Judge Kelly also said the hefty penalty sends a strong message of deterrence to warn of the consequences of such conduct.

“I accept that it is necessary that the penalty imposed reflects the strong need for general deterrence in circumstances where employers may be tempted to prey on the vulnerability of employees.” 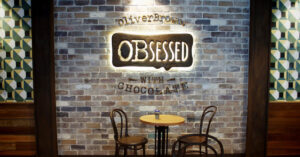 “Wage theft is rife in many industries, including horticulture, hospitality, fast food and also retail,” he said. “Therefore, it is clear monetary penalties are not working.”

“Until we start locking up greedy bosses, they will continue to steal their workers’ wages with impunity,” he said.

Fair Work has finally made an effort to recover stolen wages, clawing back $148 million…