A servo operator has copped a record $100,000 in penalties for falsifying wage records.

The Fair Work Ombudsman investigated the servo as part of a wage theft audit involving 25 Caltex outlets across the country.

Workers told investigators Dagher paid them as little as $12 an hour.

When Fair Work asked Dagher to provide wage documents they showed he had paid proper wages.

However, when investigators requested further bank and superannuation records, they did not match with the original documents.

In court, Dagher admitted the reason for the inconsistency in the documents is that he had deliberately falsified them.

The breaches occurred in 2016, however, if they happened after September 2017, Dagher would have faced much higher penalties. 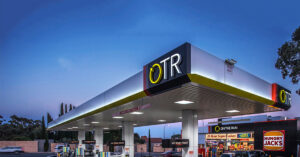 Doesn’t deserve to be in business

“This is a case of deliberate wage theft,” he said.

“This employer deliberately stole money from his workers, so he should face criminal charges, like all other forms of stealing.”