The former operator of a Cairns restaurant has been penalised a whopping $169,000 for underpaying a Japanese waitress $33,000.

Miyuki Yogo, the former manager of the Mature Yogo restaurant, and her company Poisson Pty Ltd, were penalised $168,924 by the Federal Circuit Court.

Worker was on a sponsored visa

The worker was employed as a waitress, and later as a manager at the restaurant, and was not paid legal hourly rates, shift allowances, loadings, overtime and penalty rates and annual leave entitlements.

The employee was sponsored by Poisson on a 187 Regional Sponsored Migration Visa. 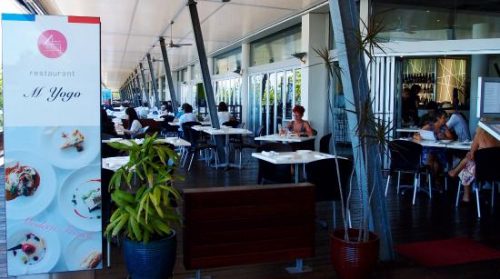 Strong deterrence needed to be sent to employers

Judge John Middleton said a strong deterrence needed to be sent to employers who engage in wage theft.

“There is a need to show there are serious consequences for failing to comply with Commonwealth Workplace laws,” he said.

“It is important that the community and employers understand that employees must be provided with their correct entitlements and that there must be accurate and compliant record keeping.”

Industrial advocate Miles Heffernan from WAGETHEFT.net.au renewed his call for tougher penalties for employers who steal from their workers.

“While this penalty is harsh, the sad fact is, huge monetary fines are not working as an effective deterrent against deliberate wage theft,” he said.

“Wage theft is rife in the hospitality, retail and fast food industries industry because our enforcement system is so ineffective and penalties are not severe enough.

“That’s why we need to make wage theft a criminal offence, just like every other form of theft, so bosses who want to steal from their workers end up with a criminal conviction, and perhaps even a jail sentence.”

In addition to the huge monetary penalties, Judge Middleton ordered Ms Yogo to complete the educational courses for employers on the Fair Work Ombudsman website.

The worker has been back paid in full.