A Queensland-based transport company is facing court after allegedly stealing $11,000 in wages from a worker over nine months.

Details of the wage theft

Fair Work accuses the company of wage theft by paying a clerical worker a flat rate of $23 an hour. 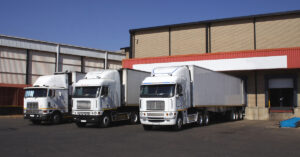 The company faces maximum penalties of $54,000 for each contravention.

Industrial advocate Miles Heffernan said there is no excuse for wage theft.

“The fact that Fair Work had previously warned this employer about paying proper wages suggests it has little regard for its workers,” he said.

Mr Heffernan has previously called for wage theft to be made a criminal offence.

He recently made a detailed submission to a Queensland government wage theft inquiry.

“The current system is failing to deter greedy bosses from stealing wages from their workers,” he said.

“That’s why we need tougher laws and harsher penalties – including criminal penalties.

“Wage theft will continue to happen in epidemic proportions in some industries until we start locking up those who do the wrong thing.”

Meanwhile, the Bundaberg Refrigerated Transport case is listed for a hearing in the Federal Circuit Court this month.

An airport baggage service company is facing court action after allegedly underpaying a driver. The…

Transport company penalised $80,000 as deterrent for ripping off worker

A Queensland transport company has been penalised $80,000 for underpaying an employee. The Fair Work…