A Queensland sole trader has been accused of ripping off three cleaners and housekeepers.

Facing the Federal Circuit and Family Court is Troy Sawdy, who operates the Sawdy Pastoral Company.

The business provides cleaning and housekeeping services to various properties in central Queensland.

Fair Work started an investigation as a result of receiving wage theft complaints from the three workers – employed on working visas.

An inspector later formed a belief that Sawdy had failed to pay lawful minimum wage and overtime rates between July and December 2020.

The regulator also accused Sawdy of failing to pay the workers their untaken annual leave entitlements at the end of their employment.

The inspector issued Sawdy with Compliance Notices in March and again in June – requiring him to calculate the underpayments and back-pay any outstanding amounts.

He allegedly failed to comply with the Notices, however.

“Firstly, many visa holders have language barriers and may not understand their workplace rights,” he said.

“In addition, some are afraid to complain about wage theft because they fear losing their visa, and with it, their chance to stay in Australia.

“It ends up creating a perfect storm for exploitation as a result.”

Fair Work said it has an agreement with the Department of Home Affairs called the Assurance Protocol.

The agreement allows visa holders with work rights to seek help without fear of the visa being cancelled.

“Where employers do not comply, we will take appropriate action to protect employees. A court can order a business to pay penalties in addition to back-paying workers.” 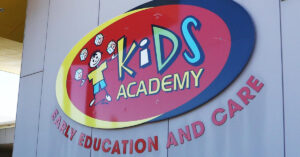 Fair Work is seeking penalties against Sawdy for allegedly failing to comply with the two Compliance Notices.

He faces a maximum penalty of $6,600 for each contravention.

The regulator also wants the court to order Sawdy to comply with the Compliance Notices, which includes rectifying any underpayments in full, plus interest and superannuation.

The Federal Circuit and Family Court has the matter listed for a directions hearing in Brisbane on 29 April 2022.

A cleaning contractor has been hit with a huge $144,000 penalty for ripping off three…