A Melbourne restaurateur has been hit with $209,000 in penalties for underpaying overseas workers.

Judge Grant Riethmuller noted many of those affected are visa holders who speak Mandarin as their primary language.

“Employees with these backgrounds are in a particularly vulnerable position, and that is a factor to which I give significant weight.”

Additionally, it ordered his companies Wynn Sichuan and Nine Dragons to pay $95,000 and $88,000 respectively.

Furthermore, the companies’ in-house accountant Yizhu “Jessica” Ding admitted to being an accessory to the underpayments.

She also admitted to record-keeping contraventions, and, as a result, the court penalised her $11,000.

Shao runs the ‘Tina’s Noodle Kitchen’ in Box Hill and ‘Dainty Schuan’ in the Melbourne CBD.

During a 2016 audit, Fair Work inspectors discovered he underpaid:

In addition, he made some staff work six or seven days a week, sometimes more than 10-hours a day.

Furthermore, he failed to pay:

“Many migrant workers don’t know their workplace rights, or they don’t complain because they fear losing their visa,” he said.

“That makes them easy targets for low-life greedy bosses like Mr Shao.

“Until we start locking up thieving bosses, they will continue to steal wages from their workers,” he said.

Shao paid back his workers before the legal proceedings began.

“RECORD PENALTIES FOR HERO SUSHI OPERATORS FOR GREED AND EXPLOITATION” 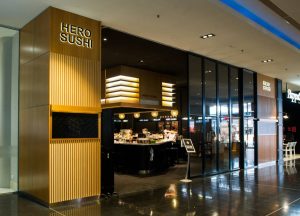 A restaurant owner has been penalised $22,050 for ignoring a Compliance Notice issued by the…