Fair Work inspectors audited 31 businesses across nine suburbs and also nearby towns in and around Launceston.

The regulator targeted “at-risk” businesses. For example, those that had history of non-compliance, or had been the subject of anonymous wage theft tip-offs, in addition to those who employed vulnerable visa holders.

Of the 24 businesses found to be in breach, 23 had underpaid their workers while seven had failed to meet pay slip and record-keeping requirements.

The most common breaches included:

The largest recovery from one business totaled $39,432 for 26 employees.

In response to the breaches, Fair Work issued:

Meanwhile, the regulator is continuing to investigate two businesses. 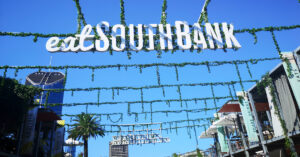 Food precincts in all capital cities, in addition to the Gold Coast, have also been targeted.

“Uncovering high levels of non-compliance in Launceston’s fast food, restaurant and café sector, as the FWO has nationwide, is disappointing,” Ms Parker said.

“Employers can’t pick and choose which wage laws they follow and those doing the wrong thing are being found out.”

Wage theft affects one in five workers according to new audit

Wage theft affects one in five workers according to the Fair Work Ombudsman's latest audit.…