The business lobby continues to argue that wage theft isn’t a form of theft.

He is also is continuing to maintain his argument that the community should not refer to wage theft as ‘theft’.

Willox argues that wage theft happens as a result of innocent mistakes by employers.

However, industrial advocate Miles Heffernan scoffed at this suggestion.

“If wage theft happens because of innocent mistakes, why do those mistakes always result in underpayment of workers, and never overpayment?” he said.

Willox’s comments follow the government’s announcement that it will give “in principle” support to recommendations made by the Migrant Workers’ Task Force.

The taskforce found wage theft of migrant workers is rife.

It recommends the introduction of criminal penalties for employers who engage in “clear, deliberate and systemic” wage theft.

“The introduction of criminal sanctions would provide a clear signal to unscrupulous employers that exploitation of migrant workers is unacceptable, and the consequences of doing so can be severe.”

He urged the government not to impose criminal sanctions on bosses who rip off their workers.

“While at first glance, this might seem like a good idea, there are many reasons why this is not in anyone’s interests,’’ he said.

“Penalties for breaches of industrial laws were recently increased by up to 20 times and this already provides an effective deterrent. 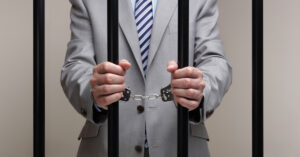 “Hefty monetary penalties have proven ineffective as a deterrent to wage theft,” he said.

“We already have severe financial penalties for employers who do the wrong thing, however, wage theft continues to happen across many industries.

“It is time greedy employers face criminal convictions and jail time for wage theft, just like other forms of stealing.”

“What utter nonsense,” he said. “Mr Willox offers not one scrap of evidence to support such a ludicrous claim.

“The reality is that wage theft actually costs the economy billions of dollars.”

SEVEN stadium cleaning companies have been forced to back-pay 270 workers $25,292 following a Fair…