Hero Sushi has been hit with record penalties of $891,000 for underpaying workers and providing false records to inspectors.

The Federal Court imposed the eye-watering penalties against the operators of three Hero Sushi takeaway outlets.

In his judgment Justice Geoffrey Flick said, “This is a case about greed and the exploitation of the vulnerable.”

In addition, the Court also penalised three payroll officers from Hero Sushi head office a total of $121,000 for their role in the underpayments.

The Court found the company paid 94 workers across the three Hero Sushi outlets flat rates as low as $12 an hour.

The company has back-paid some workers, however, others have left the country and cannot be located.

The documents showed inaccurate hours of work and pay rates.

Furthermore, the Court found each of the individuals aided and abetted or knew about the company’s breaches of workplace laws.

Case about greed and exploitation

Justice Flick said the case is “about greed and the exploitation of the vulnerable.

“Those in a position to ruthlessly take advantage of others pursued their goal of seeking to achieve greater profits at the expense of employees.

“In doing so, a great number of false documents were deliberately and repeatedly created with a view to concealing the fraud being perpetrated.

“Lies were told to cover up the wrongdoing.

“It was only when the “game was up” that those responsible admitted their misdeeds.”

Furthermore, Justice Flick said “the quantum of the penalties to be imposed has to be such that they are not seen as simply the “cost of doing business” in the fast food industry.” 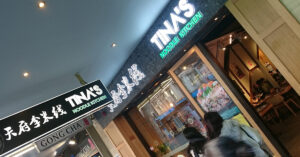 “Melbourne restaurateur hit with $209,000 in penalties for underpayments”

Warning for all employers

Industrial advocate Miles Heffernan from WAGETHEFT.net.au says the penalties are a warning to employers.

“If you deliberately underpay workers, and then try and cover it up, you’ll end up in court and going bankrupt,” he said.

“I welcome the substantial penalties, and I congratulate the regulator for doing its job and enforcing workplace laws.”

Note: The Hero Sushi outlets named in these proceedings are located at:

A restaurant owner has been penalised $22,050 for ignoring a Compliance Notice issued by the…

A former bistro business is facing $40,000 in penalties for allegedly underpaying a cook his…