Half of all migrant workers have their wages stolen, according to a new report.

Half of all migrant workers have wages stolen

The federal government set up the taskforce and has subsequently given in-principle support for all of the recommendations.

Those recommendations include criminal penalties for serious underpayment cases.

The reports found migrant workers are vulnerable to exploitation.

Overseas workers often face language barriers or fear losing their visa and with it, the chance to stay on Australia if they complain.

The business lobby has long argued that wage theft happens as a result of innocent mistakes by employers.

In response, taskforce chair Professor Alan Fels said criminal penalties would only apply to those who engage in ‘‘clear, deliberate and systemic” wage theft.

The report also notes that current penalties for wage theft are much lighter than for comparable forms of fraud under corporate and competition law.

“Current financial penalties are not effective in deterring rogue employers who want to steal their worker’s wages,” he said.

“Both state and federal governments therefore need to act and make wage theft a crime.

“Until they do, we will continue to see migrant and other workers exploited by greedy bosses.” 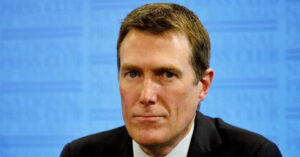 “Employers who underpay workers forced to ‘name and shame’ themselves”

Both the Victorian and Queensland state Labor governments have promised to introduce criminal sanctions for wage theft.

However, federal legislation is unlikely with the surprise re-election of the Coalition government, which has long resisted calls to tackle the wage theft crisis.

A care and respite facility has been penalised $41,580 for deliberately underpaying two disability support…