Fair Work has let the operators of an Asian supermarket ‘off the hook’ for wage theft, according to experts.

The workplace watchdog chose not to commence litigation, despite the employer underpaying three workers $75,000.

Instead, Fair Work entered into an Enforceable Undertaking (EU) with the business.

The three workers from China and were in Australia on student working visas.

They worked at two Crown Asian Supermarkets in the Melbourne CBD.

As a result, they missed out on proper ordinary hourly rates and weekend and public holiday penalty rates.

Zhang and his company also failed to pay a clothing allowance and failed to provide rest and meal breaks.

Finally, Zhang failed to provide the workers with a Fair Work Information Statement at the start of their employment.

Under the terms of the agreement, Zhang has promised to back-pay the workers in addition to making a donation to a local legal service.

He has also committed to changing his workplace practices to ensure the wage theft doesn’t happen again.

“Instead of taking Mr Zhang to court, the regulator has let him off the hook,” he said.

“This employer stole $75,000 from his workers. If those same workers had stolen $75,000 from the supermarket safe, they would be charged with stealing and sent to jail.”

“Wage theft is rife in Australia because Fair Work refuses to commence litigation against greedy bosses,” he said.

“Wage theft is a form of stealing, and should attract the same criminal penalties as stealing.” 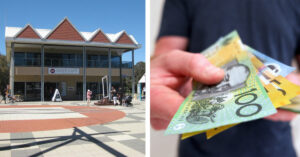 Meanwhile, Fair Work Ombudsman Sandra Parker defended to use of the EUs.

“Enforceable Undertakings such as this one require major improvements from employers, which creates sustainable compliance improvements that benefit current and future employees,” Ms Parker said.

In this case, she said Zhang and his company “narrowly avoided litigation” because they back-paid the workers and agreed to make a donation to the Job Watch Employment Rights Legal Centre.

A SIM card provider has been penalised $25,000 after it was caught underpaying a worker.…