Fair Work has finally made an effort to recover stolen wages, clawing back $148 million in underpayments for 69,735 workers.

The sum is a record of back-paid wages and entitlements, and is contained in the regulator’s annual report released this week.

According to the report, the 2020-21 recoveries are 20 percent more than the previous year, and almost five times the amount recovered in 2017-18.

Industrial advocate Miles Heffernan, who has long been critical of Fair Work, said he is pleased with the increased figure.

“Much of the mainstream media is misinterpreting the record figure as a sign that wage theft has increased, but that is simply not the case,” he said.

“Instead, the higher number reflects a greater effort by Fair Work to chase down workers’ stolen wages.

“In the past, the regulator has spent far too much time and too many resources ‘educating’ greedy bosses instead of throwing the book at them.”

Mr Heffernan pointed to the 76 new litigations launched during the year, a 41 percent increase on the previous period. The litigations resulted in $2.8 million in court-ordered penalties.

“The regulator is an enforcement agency, but in the past, instead of enforcing workplace laws, it ran a foot massage department,” he said.

“In fact, in previous annual reports, Fair Work boasted about how few litigations it commenced.

“Wage theft is going to continue to be widespread until there is extremely serious financial and criminal penalties to deter greedy bosses.”

Fair Work confirmed it increased its use of enforcement tools during the year, issuing 2,025 Compliance Notices in 2020-21. The Notices resulted in the recovery of more than $16.5 million in unpaid wages and entitlements.

In 2020-21, Fair Work entered into 19 Enforceable Undertakings with businesses that back-paid more than $81.7 million.

As part of those agreements, companies paid more than $3.16 million in contrition payments. 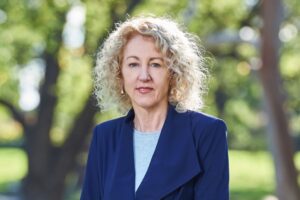 “We’ve continued to see some of Australia’s largest companies come forward to self-disclose workplace law breaches and our investigations have found many thousands of workers have been underpaid over many years,” she said.

“All employers, especially large corporate entities, must place a much higher priority on investing in payroll and workplace relations systems and expertise to ensure they are paying workers their lawful entitlements.”

A court has penalised a Sydney dentist $7,400 for ripping off three of his workers.…