Fair Work has dropped its legal case against Foodora, after the company left Australia in last year.

The regulator commenced litigation against Foodora on behalf of three workers.

The regulator claimed the company engaged them under illegal sham contracting arrangements.

Sham contracting happens when an employer misclassifies a worker as an independent contractor, rather than an employee.

Contractors are not entitled to benefits such as sick leave, annual leave or a minimum wage like employees.

Fair Work planned to argue that the two Foodora riders and one delivery driver were in fact employees.

They also required the workers to wear company uniforms in addition to using equipment branded with Foodora logos.

Fair Work drops case because no chance of recovering money

Fair Work Ombudsman Sandra Parker said her agency abandoned the legal action because there is no chance of recovering money for workers.

“It is very disappointing for the Fair Work Ombudsman to discontinue this matter because the question of whether Foodora delivery workers were employees or independent contractors was an important matter for a Court to consider.

“Foodora’s administrators issued a report to creditors stating that it was more likely than not that the majority of Foodora’s delivery workers should have been engaged as casual employees rather than independent contractors, and that the Fast Food Industry Award applied to them.”

“Employers cannot set an independent contractor’s roster, it cannot make the, wear their company uniform or use company branded equipment,” he said.

“If this is happening, then the worker is almost certainly an employee, rather than a contractor.

“Unfortunately, the explosion of the gig economy has resulted in many workers left without basic protections and entitlements like sick leave and annual leave and superannuation.

“We are creating a class of working poor in this country as a result.” 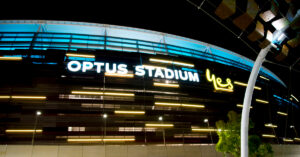 Fair work vows to crack down on sham contracting

Meanwhile, Parker said the regulator will continue to crack down on sham contracting.

“It is a priority for the Fair Work Ombudsman to crack down on sham contracting and we urge any workers with concerns about their employment arrangements to contact us,” she said.