A convenience store operator has been penalised $16,000 for ignoring three Compliance Notices requiring them to back-pay workers.

The Federal Circuit and Family Court also ordered the employer to back-pay $15,220 to a casual retail assistant.

The Fair Work Ombudsman started investigating as a result of a wage theft complaint from one of the workers.

The wage theft happened between November 2018 and August 2019.

In November 2019, following the investigation, the inspector issued Okili with three Compliance Notices requiring him to calculate and back-pay the workers.

He failed to do so, however.

Judge Stewart Brown described the contraventions as serious and found that there was a need to impose penalties to deter others from similar conduct.

“It is important employers recognise that Compliance Notices are significant and are thus encouraged to manage their businesses so that errors, including innocent ones, can be rectified quickly and cheaply for the benefit of both business and employee.” 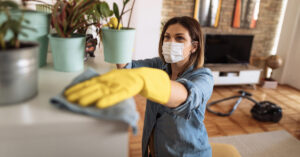 “Not only will courts impose penalties, they will also order employers to back-pay outstanding underpayments,” he said.

“Compliance Notices are not optional, and employers will pay the price if they ignore them.”