A Melbourne clothing store operator is in court for ignoring a Compliance Notice.

The Fair Work Ombudsman has commenced legal action against Zurel Pty Ltd, the operator of a clothing store trading as ‘316 Melbourne’.

The regulator alleges Chee ignored a Compliance Notice requiring him to calculate and back-pay a casual retail employee.

The employee, aged in her early 20s, is a visa holder.

Inspectors formed a belief that the employee had been:

Fair Work is therefore seeking penalties against Zurel and Chee.

For the alleged record keeping breaches, the company faces maximum penalties of $63,000 , while Chee faces a maximum penalty of $12,600.

The regulator is also seeking an order requiring the company to calculate any underpayments and rectify them in full, plus interest. 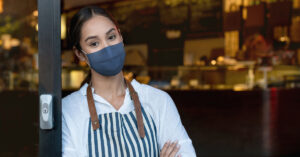 Industrial advocate Miles Heffernan from WAGETHEFT.net.au said he is encouraged by the legal action.

“The Ombudsman’s job is to enforce workplace laws, so it is good to see it following up on these alleged breaches and prosecuting dodgy bosses,” he said.

“Until we start locking up dodgy bosses, they will continue to steal their worker’s wages with impunity,” he said.

A court has penalised a Sydney dentist $7,400 for ripping off three of his workers.…