A clothing retailer has been penalised $43,375 for underpaying a casual worker and breaching record-keeping laws.

The court also found the employer ignored a Compliance Notice issued by the Fair Work Ombudsman requiring it to back-pay the worker.

The Federal Circuit Court penalised Zurel Pty Ltd, the former operator of the ‘316 Melbourne’ outlet in the Melbourne CBD, $36,146.

Fair Work commenced an investigation into the clothing store last year following a complaint from the worker.

The inspectors subsequently issued Chee with a Compliance Notice requiring him to calculate the underpayments and back-pay the worker.

However, he admitted in court that he failed to do so. 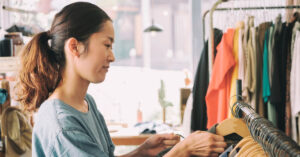 “The failure to comply with the Notice properly issued by the applicant in the course of its investigations and the discharge of its statutory functions is serious.

“Recipients of such notices should be left under no misapprehension about their obligations to comply with those notices.”

In addition to the penalties, the court also ordered Zurel and Chee to rectify the underpayments in full, plus superannuation and interest.

Meanwhile, Fair Work Ombudsman Sandra Parker said the regulator will continue to crack down on wage theft that happens during the pandemic.