The former director of a catering company based in regional New South Wales has been penalised $50,100 for underpaying workers at the Wagga’s Rules Club.

The Federal Circuit Court imposed the penalty against Mohammed Yasin, the former sole director and part-owner of A to Z Catering Solution Pty Limited, which is now in liquidation.

A to Z Catering Solution had earlier admitted underpaying seven employees a total of $24,139 between July 2013 and April 2014.

Judge Nicholas Manousaridis found Mr Yasin was directly involved in underpaying five of these employees a total of $8,054.

A to Z Catering employed the eight workers as cooks and waiters at the Rules Club, under a contract it held at the time to run the venue’s restaurant.

The employees included a teenager, aged 17, and three aged in their early 20s.

Most of the underpayments were the result of casual employees being paid flat rates of $20 an hour and $10 an hour to a part-time employee.

The flat rates were not enough to cover the minimum hourly rates and weekend penalty rates the workers were entitled to under the Registered and Licensed Clubs Award.

The employees were entitled to receive up to $39 an hour for some hours worked.

Superannuation, annual leave and clothing entitlements were also underpaid and the employer also failed to provide staff with pay slips as required by law.

Mr Yasin also knowingly provided false records to Fair Work inspectors and failed to keep proper pay records which made it difficult to determine the exact amounts owed to employees.

Wage theft should be a criminal offence

Industrial relations advocate Miles Heffernan from WAGETHEFT.net.au has once again called for wage theft to be made a criminal offence.

“Until we get tough and start convicting and jailing some of these rogue operators, we are going to see wage theft continue unabated in this country,” he said.

“Young workers in hospitality are particularly vulnerable to exploitation, and they deserve to be protected from greedy bosses like Mr Yasin.” 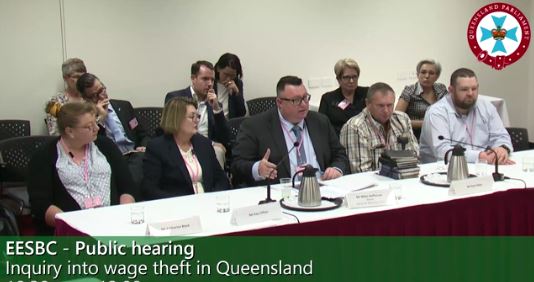 Workers have been paid back in full

A to Z Catering back-paid the workers in full after the Fair Work Ombudsman commenced legal proceedings.

The Fair Work Ombudsman initially investigated after the employees contacted the agency alleging they had been underpaid.

Meatball and Wine Bar penalised $31,000 for stealing from its workers