The Fair Work Ombudsman also alleges the business failed to comply with a Compliance Notice, requiring it to back-pay the worker.

Facing the Federal Circuit Court are Ziad Andary and Fida Ghamwari, who operate ‘The Valley Pizza’ outlet in Nuriootpa.

Fair Work commenced an investigation following a complaint from the casual employee.

An inspector found Andary and Ghamwarithe failed to pay proper:

As a result of the wage theft, the inspector issued Andary and Ghamwarithe with a Compliance Notice in May this year.

The Notice required them to calculate and back-pay the worker his unpaid entitlements.

However, Fair Work alleges that they failed to do so. 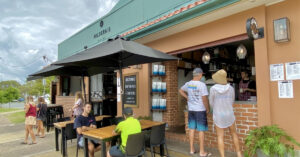 As a result of the alleged underpayments, Fair Work is seeking penalties against Andary and Ghamwari.

The regulator is also seeking orders for the company to back-pay the worker in full, plus superannuation and interest.

The Federal Circuit Court in Adelaide has a directions hearing listed on 10 December 2020.

“Both Victoria and Queensland now have laws which will see greedy bosses charged by police and face a criminal court,” he said.

“However, we really need federal laws to make it clear that wage theft, like all other forms of theft, is not acceptable.”

“Where employers do not comply with our requests, we will take appropriate action to protect employees.

“A court can order the business to pay penalties in addition to back-paying workers.”