It has signed an Enforceable Undertaking with the Fair Work Ombudsman as a result.

It has also committed to improving its payroll systems and processes.

Finally, the public broadcaster will pay a $600,000 contrition payment to the Commonwealth in recognition of the seriousness of the underpayments.

The ABC reported to Fair Work after finding casual employees had not received entitlements under its enterprise agreements.

Affected employees worked across the country in various roles. 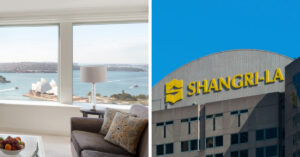 “Under the Enforceable Undertaking, the ABC has committed to improving workplace practices across its whole workforce and will invest significantly in improved systems and processes, which will benefit its current and future employees.

“The ABC will also engage and pay for an independent expert, approved by the FWO, to conduct annual audits of its workplace compliance for the next three years.

“Meanwhile, the ABC must implement an electronic record-keeping and rostering system, and train payroll and HR staff.”

The Fair Work Ombudsman has let another company off the hook for wage theft. Instead…

Another company guilty of wage theft has avoided court action, after Fair Work let them…